It’s not every day that the ICC sees such a collection of ‘firsts’ in one day: to have someone plead guilty; to have a plea agreement between defence and prosecution; to have the war crime of cultural destruction prosecuted; to have a jihadist on trial; to have a defendant express his “deep regret and pain” about what happened; to have a total trial process of just one week. Altogether, it’s not what observers of The Hague’s long-drawn-out processes are used to.

Dressed in a suit with sober striped shirt and striped tie, Al Fadi Al Mahdi told the Cour: “I am really sorry. I am really remorseful.“ He had just heard the charges against him read out in court – he’s accused of the war crime of directing an attack against buildings that are “not military objectives”.

The prosecution followed up with photos and videos of the defendant himself taking part in the attacks on nine different religious sites in the north of Mali. While Timbuktu was under the control of jihadists from the local branch of al Qaida and another jihadist group Ansar el dine, Al Mahdi was appointed as the head of the Hisbah, a body upholding public morals. In this position he identified the sites, decided the order in which they would be destroyed and gave the orders. “Regretfully”, he told the court, “I have to say that what I have heard so far is accurate and reflects events. I plead guilty”.

The judges though wanted to make sure that al Mahdi realised he has given away most of his rights by pleading guilty. And, most specifically to make it clear that whatever is in the confidential document between the prosecution and defence, they, the judges, have to decide on his sentence. The prosecution will ask for a 9-11 year long sentence. And if – and only if – the judges give that sentence, the defence won’t appeal. The judges stressed that whatever their justifications for that particular length of time, there’s a possible maximum sentence of 30 years facing al Mahdi for the crime.

Prosecutor Fatou Bensouda made it clear why she was focusing on this crime – it’s one that “leaves us all diminished” because the destruction was of buildings that were “living testimonies to Timbuktu’s past… [an] embodiment of Malian history”. In an interview with Justice Hub, Lalla Toure of the FIDH in Bamako stressed that “this is very very important for Malians” because “every Malian was touched in his soul, his heart by the destruction of the 1mausoleums”. 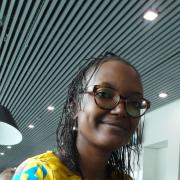 Bensouda described the role the monuments played in local social cohesion, how they were the first places people went to pray after the jihadists were ejected from the city, how the very names of the saints that the mausoleums venerated and the various strands of Islam they represent “conveyed a message of tolerance”.

Shortest case ever at the ICC

Al Mahdi’s arrest warrant was issued in September 2015 when he was already in the custody of the Niger authorities, and he was transferred to the ICC 26 September. The pre-trial process went without a hitch. And now the judges have decided a very tight schedule for his trial. The prosecution has a total of 12 hours to compress all of its opening, closing statements, the three witnesses it plans to call and its remarks on sentencing. The defence has asked for 6 and a half hours. The victims are very few in this case, and their representative has been allocated one hour. So it should all be wrapped up by the end of the week.

Other crimes in Mali 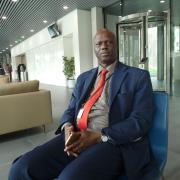 Bakary Camara, the Secretary General of the Malian Association for Human Rights (AMDH), cautions though that this trial “can’t take away the suffering the people of Mali have experienced”. Local NGOs have called for more investigations. While the current trial is acknowledged to be a “significant step” by the wide range of Malian NGOs which issued a statement last week, they also say they “deeply regret that the charges against Al Mahdi were not widened to include crimes against the civilian population, including sexual and gender-based crimes, whose victims are far too often ignored during accountability processes”.

Nevertheless, says Toure, “for us the crime of destroying the mausoleums is just as important as the other crimes against humanity”.

Janet H. Anderson is the Project Manager at Justice Hub.

A legal path to justice emerges for Myanmar

On September 27 a partial but significant foundation was laid to provide accountability for gross human rights violations in Myanmar,...

Lawfare: Iran-US nuclear deal row to play out in Hague Courtroom (Part I)

A trial for history: Thomas Kwoyelo in Uganda

Janet H. Anderson is the Project Manager at Justice Hub.